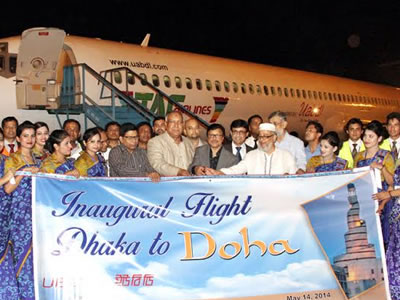 In a press release, United Airways authority notified that the airline will operate two flights every week on Saturday and Wednesday in this route. For this flight, an MD-83 aircraft will fly with 167 passengers primarily. The flight will leave Dhaka for Doha at 1045 hours.

The fare of the Dhaka to Doha flight has been fixed at 23,936 BDT for oneway journey and 44,757 BDT for return journey. This fare is considered to be one of the cheapest in this route.

Including this one, United Airways is now operating flights in 11 international routes and 8 Domestic routes.