United Airways, the first ever public limited company in aviation sector of Bangladesh, is going to operate Dhaka to Medina direct flight from June this year.

In a press release, the airlines announced the induction of new route of their fleet from Dhaka to Medina and vice versa.

A flight from Dhaka will leave for Medina every Friday and Sunday at 0550 local time and the return flight will depart from Medina to Dhaka on every Saturday and Monday at 0045 hrs local time (Medina Time).

The airline also fixed the ticket price for Dhaka to Medina flight or vice versa. For one way ticket for flight from either way, a passenger will have to pay 33,111 BDT and for return flight, the price will be 56,579 BDT.
The price of the tickets includes all taxes and surcharges, the press release revealed. 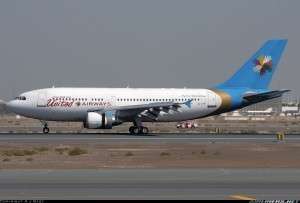 United Airways also operating cheapest flight from Dhaka to Bangkok. This article on the fare chart of United Airways for other routes may come to your help to read more about the fares.

The rate of taxes for different items at Shahjalal airport

List of Duty and Tax Free Goods at Shahjalal Airport