Thinking of bringing mobile phones from abroad for your dear ones as gift but worried of being harassed at the airport for excess number of handsets? The number of mobile sets you can bring into country without much hassle has been increased recently by Bangladesh Telecommunication Regulatory Commission (BTRC). From now on, a passenger can import up to 8 mobile phone sets with him during his arrival into Bangladesh.

In a recent directive, Bangladesh Telecommunication Regulatory Commission, known also as BTRC, the apex body for controlling telecommunication related issues of Bangladesh mentioned that an incoming passenger can import 8 mobile handsets with him for himself or for non-commercial purpose during his travel to Bangladesh from abroad and 2 of these 8 handsets can be brought duty free, that is, without paying any customs duty or tax. But  the rest  (6 handsets) will be subject to payment of required customs duty or tax as per the rules.

Previously, a passenger could bring a total of 5 mobile handsets out of which 2 were customs duty free and the rest 3 were subject to the payment of customs duty.

The directive also mentioned that this new facility will be in effect from 1st January, 2018.

Besides this, if someone intends to import more than 8 mobile handsets for commercial purpose, he or she will have to obtain a Vendor’s Enlistment Certificate from the BTRC as per the set form within One year from the date of import of the handsets.

This measure has been taken so as to ease the process of mobile handset import by the passengers who wants to import them for their own non-commercial use or for their relatives as gift.

NB: About 30% of the cost of the handset is applicable as customs duty for the ones subject to customs duty. 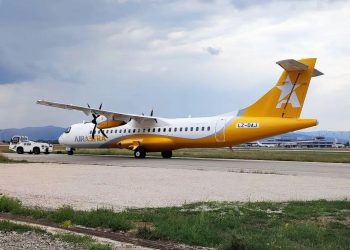