A source from the AirAstra airline confirmed the arrival of the ATR 72-600 (S2-STB) model aircraft.

This first Airastra aircraft started from Bulgaria on October 5 and arrived in Bangladesh via Cairo, Egypt; Muscat, Oman and Ahmedabad, India.

Earlier, the airline informed of taking a lease of four aircraft to perform domestic flight operations for the newly listed airline. Arrived aircraft is the first of these four. The rest of the fleet will arrive very soon, according to the source.

AirAstra will start domestic flight operations from the inception of the airline to all the domestic airports of the country.

AirAstra was presented with the No Objection Certificate (NOC) to fly on November 4,  2021, after they submitted their application for listing and flight operation as an airline operator in mid-2021. 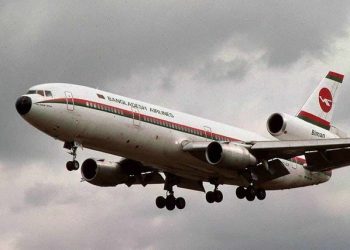