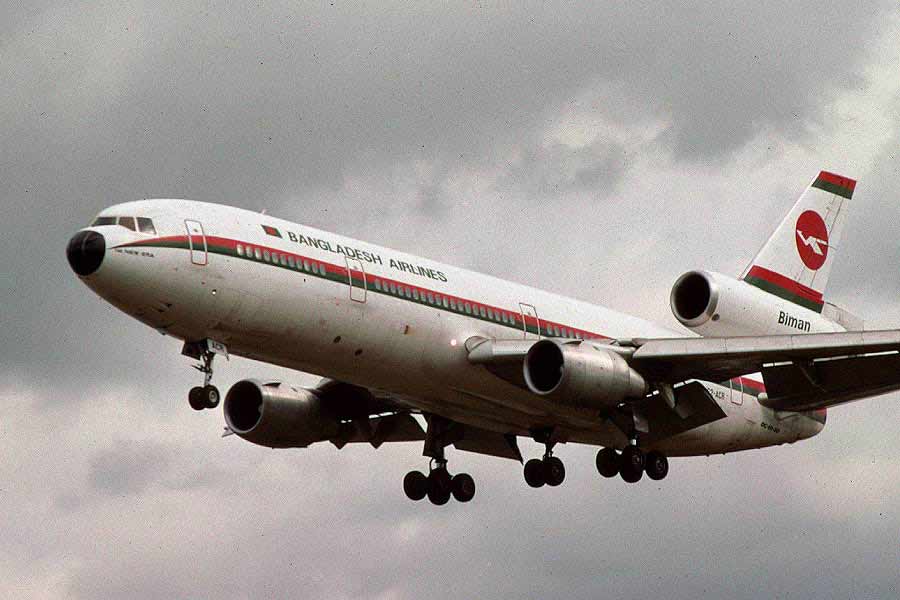 Biman Bangladesh Airlines is going to operate its last flight of DC-10 from Dhaka to Birmingham on February 20, 2014. This is not only the last flight from Bangladesh but also the last operational passenger DC-10 flight all around the world.

Douglas DC-10 aircraft started to spread its wing in the skies since 1971 and in total 446 DC-10 aircrafts have been made since then. Biman’s last DC-10 was one of the last products that came off the Long Beach, California in 1988.

After long years of operational passenger flight service in Bangladesh, this aircraft reached the age of retirement and Biman Bangladesh considered that it deserved a more fitting send-off to an aviation museum. On this bitter-sweet event of retirement of world’s last DC-10, the national flag carrier announced a farewell journey from Dhaka.

According to Biman Bangladesh sources, on, or about Feb 14th, this three-engine wide-body will be withdrawn from scheduled service and prepped by engineering for its final flights. The last commercial flight will be on tomorrow when flight BG1015 will take to the skyes at 0830 from Dhaka enroute to Birmingham in the UK. Flying via Kuwait, this flight will arrive in Birmingham the same day at 1620. As per Biman site,

Priced at only ₤ 600 (plus taxes) for a window seat or ₤ 500 plus taxes, for all the other seats, we have kept the pricing at minimal levels to ensure the flight is accessible to as many as possible.

But that is not its final operation. Biman is going to operate scenic flight from Birmingham airport. For this scenic flight, aviation enthusiast will have to pay ₤150 for a window seat and ₤100 for an aisle seat. To facilitate the passengers to enjoy the scenic beauty of Birmingham easily, Biman will sell only the window seats and aisle seats to interested passengers for this special flight.