United Airways, one of the leading privately owned domestic and international airline operator announced another special fare package on the eve of this summer. A freshly chosen ticket prices for the domestic domestic routes has been disclosed this week through a press release.

The airliner reduced prices for the tickets of all the domestic routes it operates on and the discounted price list has been in effect from Tuesday, that is, 24th of March, 2015. 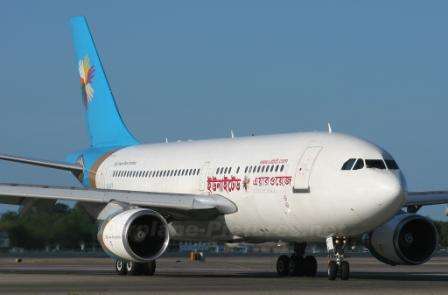 Earlier, United Airways announced discounted air fare for its designated routes which became much popular to its passengers and the authority of United Airways is expecting a good response from its valued passengers regarding this new offer.

United Airways presently has a fleet of 11 aircraft having both domestic and international flights from Dhaka to Doha, Bangkok, SIngapore, Kualal Lumpur, Muscot, Jeddah, Dubai, Kathmandu and Kolkata including the domestic routes specified above. In Addition to that, the schedule flight operator also operates flights from Chittagong to Kolkata.

You can Compare the Dhaka to Chittagong air ticket price or Dhaka to Cox’s Bazar air ticket price or for Other domestic routes like Regent AIrways, US-Bangla AIrlines, Novo Air or Biman Bangladesh AIrlines. Special points for Biman Bangladesh: the national flag carrier airline operator already announced reduced air fare and started selling tickets about a month ago. BIman will operate those flights from the first week of April, 2015.