The indefinite strike called by Biman Sromik League at the airport has been withdrawn at around 1 pm after a long discussion meeting between ministers and the agitating leaders at the Hazrat Shahjalal International airport today. The employees of Biman Bangladesh Airlines called the indefinite strike on their service at the airport yesterday with effect from this morning. Following the stoppage of Biman ground handling services, a good number of aircraft were left untouched after landing. This caused much suffering to both incoming and outbound passengers.

Aircrafts were connected to the boarding bridges and bay, but as there was no one to drive the necessary ground service equipments, passengers could not get off from most of the aircrafts parked at the bay. A few passengers of a middle east bound airlines fell sick inside the aircraft as there were no way to take them out in the bay area. Moreover, the passengers of the airlines who could manage to get off were waiting for a long time to get their luggage since Biman employees were keeping off them from handling luggage. Total operations at the airport almost came to a halt.

In this situation, considering the probable outcome, Civil Aviation minister Farukh Khan along with the state minister for Local Government Jahangir Kabir Nanak rushed to the airport and sat in a discussion meeting at the VIP lounge of the domestic terminal with the leaders of Biman Sromik League. The meeting started at around11 am. In the meeting, Biman sromik leaders raised their 7 point demand once again and urged the ministers to fulfill those demands as soon as possible. Other supporters of the party sat on the ground before the VIP lounge and were chanting slogans.

As the meeting went on, passengers at the International arrival terminal started to show their rage as they could not collect their luggage for a long time. At one point, they broke out into tremendous roar and brought procession inside the terminal. Some of the passengers tried to break glasses of the surrounding boundary within the arrival terminal. Repeated announcement to become calm by the airport authority were of no use at all to them. Extra armed police and police from local police station were deployed to bring order at the airport. Finally, the meeting at the VIP lounge ended successfully and the workers joined their respective jobs at around 1.15 pm. With their sincere effort, the airport came into life again and the situation came under control very shortly.

In the meeting, the Civil Aviation minister assured the leaders and supporters of Biman of taking necessary actions to meet their demands. Only after his strong and final assurance, the workers withdrawn strike which caused endless suffering for almost 7 and half hours. 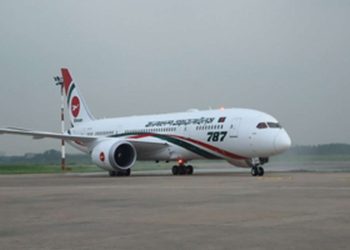 Biman Cancels Rajshahi to Dhaka Flights due to Cyclone ‘Fani’ 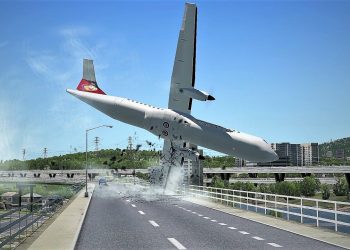