On the occasion of 4th anniversary of the airline, Regent Airways, one of the well reputed domestic airlines announced special offers for different routes and purposes. In its latest announcement, the airline offered discounted air fare for 6 of the routes it operate on.

In addition to that, Regent Holidays, a sister concern of Regent Group announced various packages for the incumbent tourists going different specific countries  from Bangladesh.

According to the offer from Regent Airways, following discounted air fare will be applicable for limited period. This offer is considered as the lowest air fare from Dhaka to Bangkok, Kuala Lumpur, Singapore, Kolkata or Chittagong to Bangkok or Kolkata that is offered so far by any domestic airlines in Bangladesh ever. 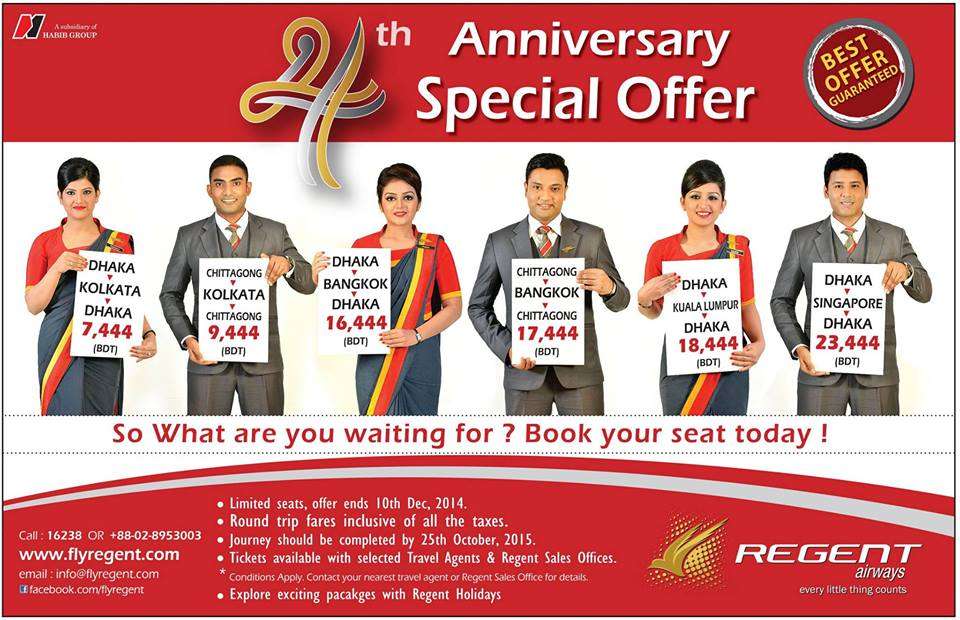 
For detailed terms and conditions, the airline requested interested passengers to contact their nearest travel agent or Regent Sales offices around the world. Or passengers can also call 16238 or +88 02 8953003 to get desired information.

You can also read to compare their regular fare: Regent Airways Fare Chart 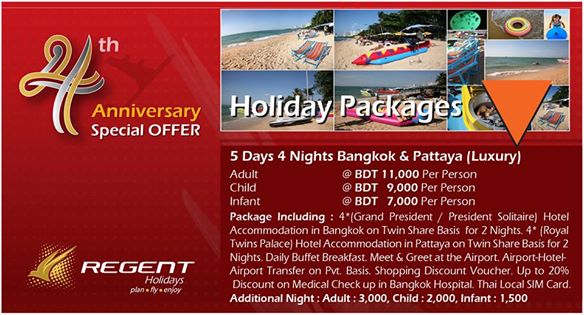 25% Discount From Regent Airways During Eid