Temporary Embargo on Visitor Access at Terminals of HSIA 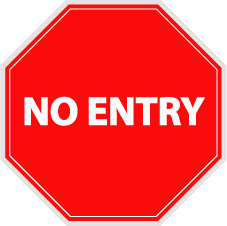 Civil Aviation Authority of Bangladesh imposed temporary embargo on visitor access at all the terminals of Hazrat Shahjalal International Airport on security grounds considering the prevailing situations in the country. Airport Sources confirmed the news which forced the visitors of incoming or outgoing passengers to stay outside of the terminals.

The embargo was imposed from the evening of 10th of this month which was initially set fearing the violent reaction from Jamaat-Shibir activists as the execution of death sentence of their leader Abdul Kader Molla, accused for crime against humanity, was scheduled on midnight of that day. Later on, the execution was deferred following a stay order from Supreme court at the eleventh hour which was eventually done on .

Fearing subversive activities in the airport, the authority banned access of all visitors at all the entry points of the terminals for the time being, sources said. The embargo on visitor access will be lifted once the security concern is considered over and the situation turns favorable, it added.

Leaseholders Shafiq & Brothers and All in One who leased the access control facility of the departure and arrival terminal respectively at the airport shut down their counters following the order of the Civil Aviation Authority.

Airport Armed Police Battalion, which is engaged at the airport since June 2010 to ensure the security of the airport is put on alert, sources claimed.

The rate of taxes for different items at Shahjalal airport

List of Duty and Tax Free Goods at Shahjalal Airport